Bought a box of ‘98 punch chucrchills and everyone was plugged.

Two boxes of Monte 520s got seized from a non-guaranteed source.

icehog3 said:
Two boxes of Monte 520s got seized from a non-guaranteed source.
Click to expand...

Well fuck me; I was about to post the basement flood story but this is worse. I read the Tapatalk blurb that didn’t include “non-guaranteed source” and was getting ready to respond on if they had been replaced. Did the boxes have names? Did you have a vigil? I would have 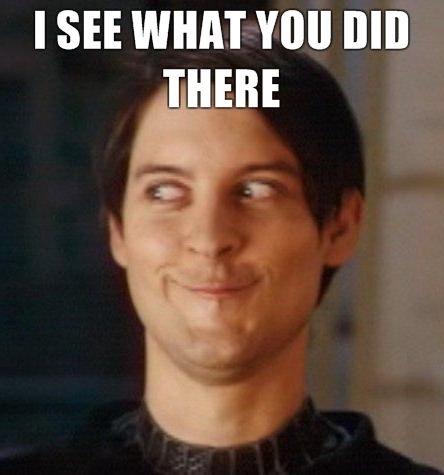 icehog3 said:
I would think a flood could be potentially much worse than a couple seized boxes though @CigarGavin
Click to expand...

Stuck float in sump pump (who needs a backup and monitoring, not me! 5 years ago)

Stupid side table humidor that was popular around the same time, in the corner for “longer term forget about them cigars”

Bottom shelf had paper box’s of RASS and royal Coronas, PCR cab, and a PLPC cab in the danger zone.

Needless to say the paper boxes and the contents didn’t survive, and the physical cabs didn’t survive (along with maybe a row or 2 of each on the bottom).

Needless to say it’s now a weather proof set up... I shouldn’t have typed that

I put my cabinet in storage for what was to be a few days. Ended up a couple years. Forgot all about that one. A few boxes of habanos, a hundred or so sticks. Easily lost $1500 on that one.


I smoke in moderation. Only one cigar at a time. - Twain

I should not have read this thread before bed. I'm going to have nightmares.

Had a box of Chief Cool Arrow that I did not inspect or rotate for about 6 months. Went to smoke one, and they were all covered in mold, including the foot. tossed the whole box. They were known for this because of the paper wrapper. I should have known better....

I was part of the Dog Rocket Pass - that was a huge disappointment.

So, me and Ron Pepin were chillin by the pool at a Motel 6 outside Barstow a couple of years ago. Not many people know about Ron Pepin... he's sort of the black sheep of the Pepin family. Knows a ton about the industry, but has a fascination with the idea of blending cigars with artichokes. It's really not that crazy you see, because Ron got an artichoke farm a few years back, and while it's never really turned a profit, he's convinced if he can fuse the 'chokes with the family's cigar business he'll be able to finally make a name for himself. His family was not having any of his nonsense, and sort of kicked him to the curb. His fault for getting an artichoke farm, really. Although he didn't really buy it in the traditional sense... it was a payout from a poker game he played down in Tijuana with Harry Belafonte. You see, the way Ron tells it .. Harry liked to travel down to TJ and pick up hot mamacitas to take back to his lavish artichoke ranch in Chula Vista. On one of his jaunts, he tried to bag Cloris Leachman. Chatted her up for awhile, regaled her with bold tales of artichoke rustlers he'd fought off in desperate battles... this went on for a few hours while he plied her with Spinach and Tequila Highballs thickened with Mexican spiced chocolate. He was trying to get her separated from her friends, but Cloris was on to his game and surreptitiously dumped her drinks in the purse of some random chick sitting at the table next to her. Harry kept pounding them back until he could barely stand, and when he tried to make his move, she stole his wallet and left him shitfaced in a tattoo parlor with fresh ink that said “Cloris's Bitch” tattooed on his left ass cheek. Ron swears if you ever get a chance to see Harry's cheek, it has a little heart for a dot above the “i”, and “xxxooo” in real small letters underneath.

Anyway, waking up in the gutter in TJ with a sore ass (and not in a good way), Harry staggered into the Jai Lai club where he tried to ease his sorrows by betting on the games, but had seemingly misplaced his wallet. Despondent, he wandered into the back room where Ron and his buddies were playing high stakes poker, Marv Albert was there, along with some Indian guy that looked like Haji from the old Johnny Quest cartoon and some crazy chick named Adele that kept belting out Aretha Franklin songs at random intervals. Harry didn't have any money, but everyone knew him so they let him sit in on credit as long as he promised to stop rubbing his ass and asking them to tell him what the tattoo said. He agreed to stop asking, even though he was sure the tattoo said neither “Dude” nor “Sweet” as they all insisted, and joined the game.

The night started out OK, Harry won a few hands, but his ass stung, he kept burping chocolate, Marv kept spouting off about Tenacious D every time he successfully bluffed someone, and Adele was driving him insane with her crappy singing. Finally he could take no more, and told her to either shut up or at least sing some Pearl Jam or something. She was pissed, and the Indian guy took her side which incensed Harry and prompted him to ask if he shouldn't be off chasing frogmen with Bandit or something. All that comment really accomplished was Harry getting his ass kicked a little before Ron made them all settle down and get back to the game. Harry's luck turned after that, and he lost several hands. Down quite a bit, he offered his beloved artichoke ranch as collateral and wound up loosing it when he went all in on a pair of threes. Ron had no idea what he was going to do with a ranch, but he had a bunch of other money he'd won from Adele and Haji, so he was happy as heck. He left the Jai Lai palace with dreams forming in his mind about selling the ranch, and taking all the money and returning to Little Miami in triumph as a hero. He was lost in that pleasant daydream when he was swept up in a massive street brawl. Some crazy Mexican woman had come tearing out of a bar, screaming about someone taking a crap in her purse, and yelling something about it smelling like rotten spinach. She was convinced her date's ex-girlfriend was responsible and had tracked her down and was in the process of trying to cram a foul smelling purse down over her head while the hapless boyfriend tried to drag her away before the federales arrived. The ladies fell to the ground, rolling around in a huge catfight while all around them chaos erupted. Ron told me that standing there watching the chikas wrestle in what looked like spinach and chocolate vomit was unsettlingly arousing for reasons he can not adequately explain even to this day. The ex-girlfriend was understandably upset at being beaten with a purse full of what appeared to be a chunky nesquick and tequila salad so she grabbed a metal chair and went full WWE on the crazy bitch with the smelly handbag. Ron admits he'd never seen anything more stimulating in his life; the smell of the chocolate, the erotic way the bits of green leaves had tangled themselves in the woman's tequila soaked hair... he admitted that in that moment, “Her anger went straight to my boner" . Insisting that he had to have her, Ron proposed to the girl on the spot.

He woke up a few hours later with the leg of a metal chair wrapped around his neck and the money from the poker game missing... his visions of restoring his honor and rejoining his family in the rolling business were gone: Fled like the woman who'd stolen his heart. And his money. And beaten him with a chair.

Not knowing what else to do, he moved to the ranch and began his new life as the world's first and most eminent artichoke toreador. He hasn't given up on his dreams of rejoining the Pepin family business, though. He carries on... by day rolling blend after blend... determined to bring artichokes and tobacco to the masses. By night fending off artichoke rustlers and dreaming of the girl who got away.

So anyway, me and Ron were in Barstow, and while he was ranting on about some effed-up idea he has for infusing spinach and chocolate into his artichoke-gars, I dropped my 5 Vegas Triple-A in my lap and burned the crap out of my inner thigh. Hurt like a mofo.

bwhite220 said:
I was part of the Dog Rocket Pass - that was a huge disappointment.

bwhite220 said:
I was part of the Dog Rocket Pass - that was a huge disappointment.

So you still have those other 4 dog rockets right??? You keep telling me in the video to bomb @NachoDaddy, but I think you should smoke them and record for all of us to see for science and GLORY!!!


Sent from my cellular device via crapatalk

@ApeSmokes , well that's 5 minutes of my life I'll never get back. Cloris Leachman??

So you still have those other 4 dog rockets right??? You keep telling me in the video to bomb @NachoDaddy, but I think you should smoke them and record for all of us to see for science and GLORY!!
Click to expand...

You're joking, right? That has ALREADY been done and posted in the DRP thread back in July!

As you might expect, it's entirely @bwhite220 's fault.
He summoned me here.

I do apologize for the 5 minutes... although if it makes you feel any better, I wasted at least twice that much writing it, lol.

ApeSmokes said:
I do apologize for the 5 minutes... although if it makes you feel any better, I wasted at least twice that much writing it, lol.
Click to expand...

bwhite220 said:
You're joking, right? That has ALREADY been done and posted in the DRP thread back in July!

LOL, I guess I missed this gem of a video!!!


Sent from my cellular device via crapatalk

Not me, but I recently read a BOTL ordered $20K in Cubans, it was sent in two separate packages, one got seized, and now the seller won’t guarantee the loss of $9500 on the loss of one getting seized. Damn.
You must log in or register to reply here.
Share:
Facebook Twitter Reddit Pinterest Tumblr WhatsApp Email Link